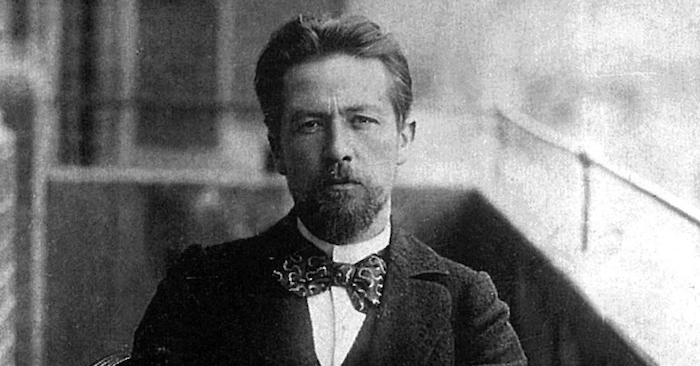 This is Anton Pavlovich Chekhov, a famous Russian writer. I like Chekhov. Among other things, he believed that writing good is writing briefly. Although his ideas are far from being primitive, his style is clean and simple. It guides me through a narrative right to the idea.

We communicate in code. I want my code to be as intelligible as if it was Chekhov's prose. And the first step towards it is a style guide.

To be honest, I was stunned that XSLT community does not have such a document. So, I have chosen to share my own experience. My goal is not to give a formula but to explain particular choices. And I am always open to discussion. Also, having started with naming conventions, I plan to continue writing on XSLT coding style. So, in the end, we may come up with a comprehensive material to published on GitHub or elsewhere.

Every XSLT module starts with the name. The name of the module explains its purpose. Good naming can save the reader's time, so we want to be careful about that.

We deal with different types of XSLT transforms, including but not limited to:

The name can vary depending on the purpose. But the overall scheme is consistent.

I suggest to omit "to" (docbook-to-html.xsl), "2", "transform", and suchlike words, because the meaning derives from the nature of XSLT. I don't use CamelCase as well, just because it's not Java. I use hyphens for a single reason – the XPath library.

Sometimes we want to prepend the project name: xmlrocks-docbook-html.xsl.

Sometimes we split modules by functionality.

The duplication above does not make sense at all, so I usually move the child stylesheets to a library folder.

I think of modes in terms of nouns. There's no point in naming the mode like generate-toc or convert-xhtml-to-oasis. We already know that we're converting something, right? It is OK to describe the conversion's nature: toc, xhtml-oasis.

Note that I continue using hyphens in modes for the sake of rationality.

Use hyphens and nouns.

In our team, we always disagree: some argue that global parameters must be called differently so that they can be easily recognized. Say, they can have dots as the separator: toc.levels. Personally, I don't like complex naming rules. We live in the age of IDEs, so syntax highlighting can solve many issues.

In "normal" programming languages callable components are verbs. But because XSLT routines are often related to transforming structures, saying transform-something is not necessary. Consider:

However, sometimes it makes sense to include a verb:

Or, say, we have various routines on paragraphs: join-paragraphs, duplicate-paragraphs. Specific name is always better. But when you cannot compile a concrete name, beware of nonsense.

The first temptation of a rising XSLT star is to use accessor-like names. Because we cannot set something in XSLT (immutable variables), we get things: fn:get-anchor-id, fn:get-nearest-paragraph. We use "get" as a short-hand version of "query", and it's fine.

But sometimes I just omit that word and the code magically gets cleaner.

Of course, it's not a must. And by and large, we still have verbs in operational functions: fn:concat-names.

The XML community is known for being extremely lenient. I often meet people who tend to ignore code quality issues. I don't think of quality as an indisputable value neither, but in our company we raise the standard. Each time I discover a badly formatted code or a module inconsistent in style, I feel I can do things more important than learning new conventions.

In the next post we'll get deeper into formatting. Although its even harder to argue about personal preferences in formatting, it should be fun. :)

In conclusion, I wanted to ask you, dear reader, to join the discussion. Whenever you found my thoughts helpful, please criticize freely.

We pursue our discussion of the coding style. In the previous article we covered some aspects of naming. Today…

“Why can’t my XSLT load a document?” asked my colleague recently. We looked at the problem closely and…